Today I’ll finish this box by adding cleats under the lid; they’ll form part of the hinges too. As I’ve worked on it, I’ve thought about my first carved box. Between 1989 & 1994, I was a chairmaker/basketmaker learning joinery in my spare time. Now it’s flipped around just the other way. My first joinery projects were carved chests and then joined stools and a wainscot chair. I didn’t make a box until I got the job at Plimoth Plantation in 1994. They had an original box and one of my first projects was to study it & make a copy to use there. Flatsawn white oak, Mark Atchison made the hinges and nails. I hadn’t yet made a background punch, so I textured the background by repeatedly striking a nail into the recessed ground.

I kept looking for a scheme to the layout of the design. I tried striking segments of arcs here & there, combining them this way & that. It wasn’t until I carved this design a few times that I realized it’s just freehanded. It was Victor Chinnery who told me that this box belonged to the overall group of carved works from Devon England – the material that New England works done in Ipswich, Massachusetts by Thomas Dennis and William Searle stems from.

Jump ahead quite a few years and enter Paul Fitzsimmons and Marhamchurch Antiques. He specializes in oak furniture in general, and the Exeter/Devon works specifically. https://www.marhamchurchantiques.com/

He’s been great about posting photos of his finds and I don’t miss a post from him. Over the years he’s handled a number of related boxes to this one – and nearly every one of them is different, but clearly the same general elements/composition.

The box I made the past few days is one of my versions of these designs. I had a photo of one from Paul’s site and switched things around here and there to come up with a “new” design.

The variations depend on the scale of the board I have, and what I plan to improvise in the middle – the old ones always had locks there, and a big part of the upper middle of the design got covered. On my first take above I hadn’t yet removed the lock plate on the old box, so didn’t know what design was under there.

Here’s a later version I did of that first box. I have no idea when this was – photo stamp says 2008. Pine lid this time, that means the museum was selling it – I kept the oak lids for use in the recreated period houses.

This one was earlier this year. I’ve carved it a few times since Paul first posted his photo of the original.

When Pret & I built the shop, we scabbed framing in to mount the windows. I didn’t want to look at that framing all the time, so I dug out a box of carved samples and nailed them up all over the shop. From time to time, I paint them – mostly to use up extra paint I’ve mixed. Here’s some box fronts mounted now vertically.

This box is from 2013 back when I was still at the museum. Might be the last one I made there. It was for an EAIA raffle, I think. Or auction.

It’s funny, I never drew any carving designs when I was learning them. I always worked from photos (still do mostly). But several years ago I started drawing them. These pages show a couple of these designs; the top one done as a 1/2 box front full-scale and the full box front half-scale. If that makes sense… 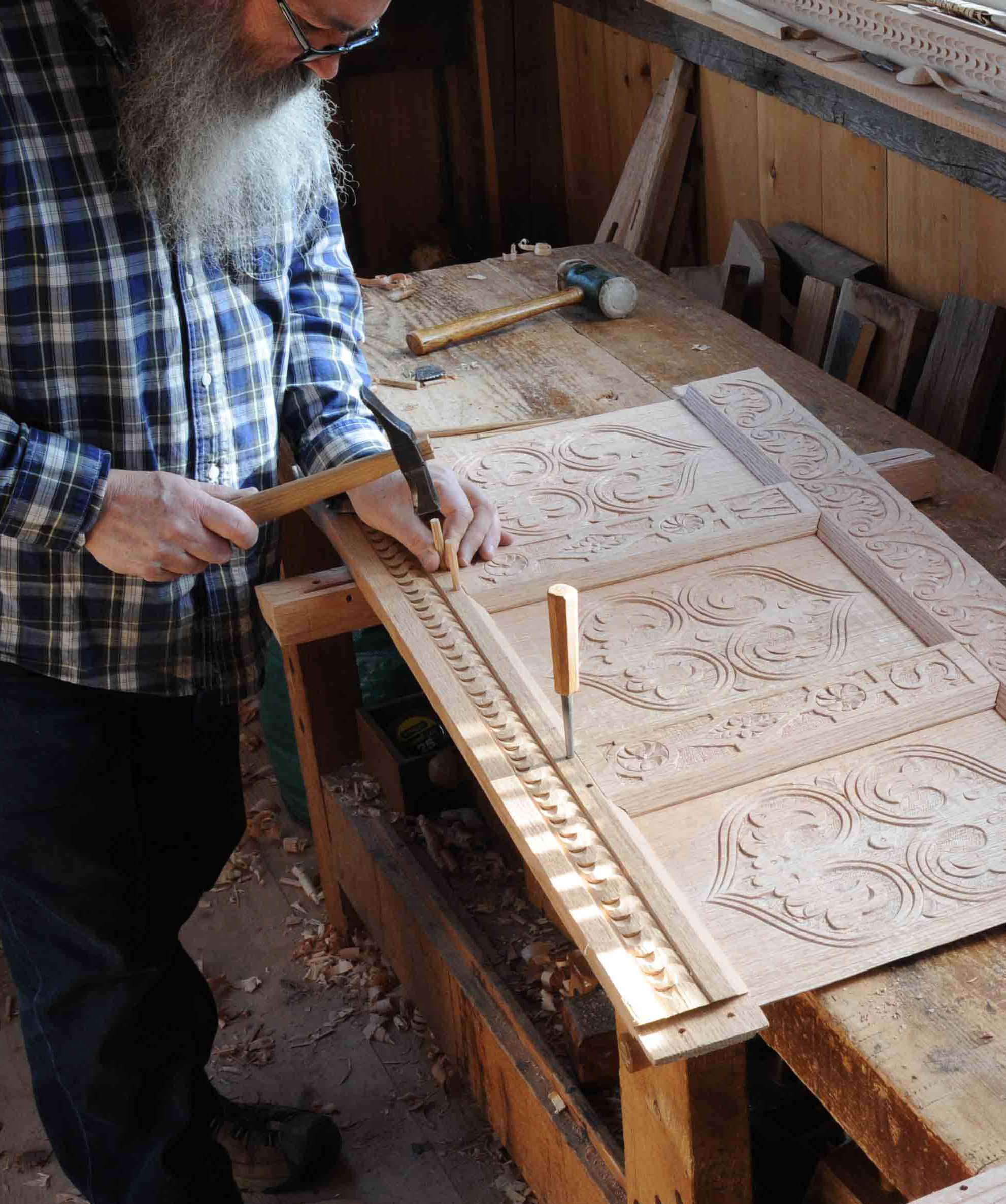 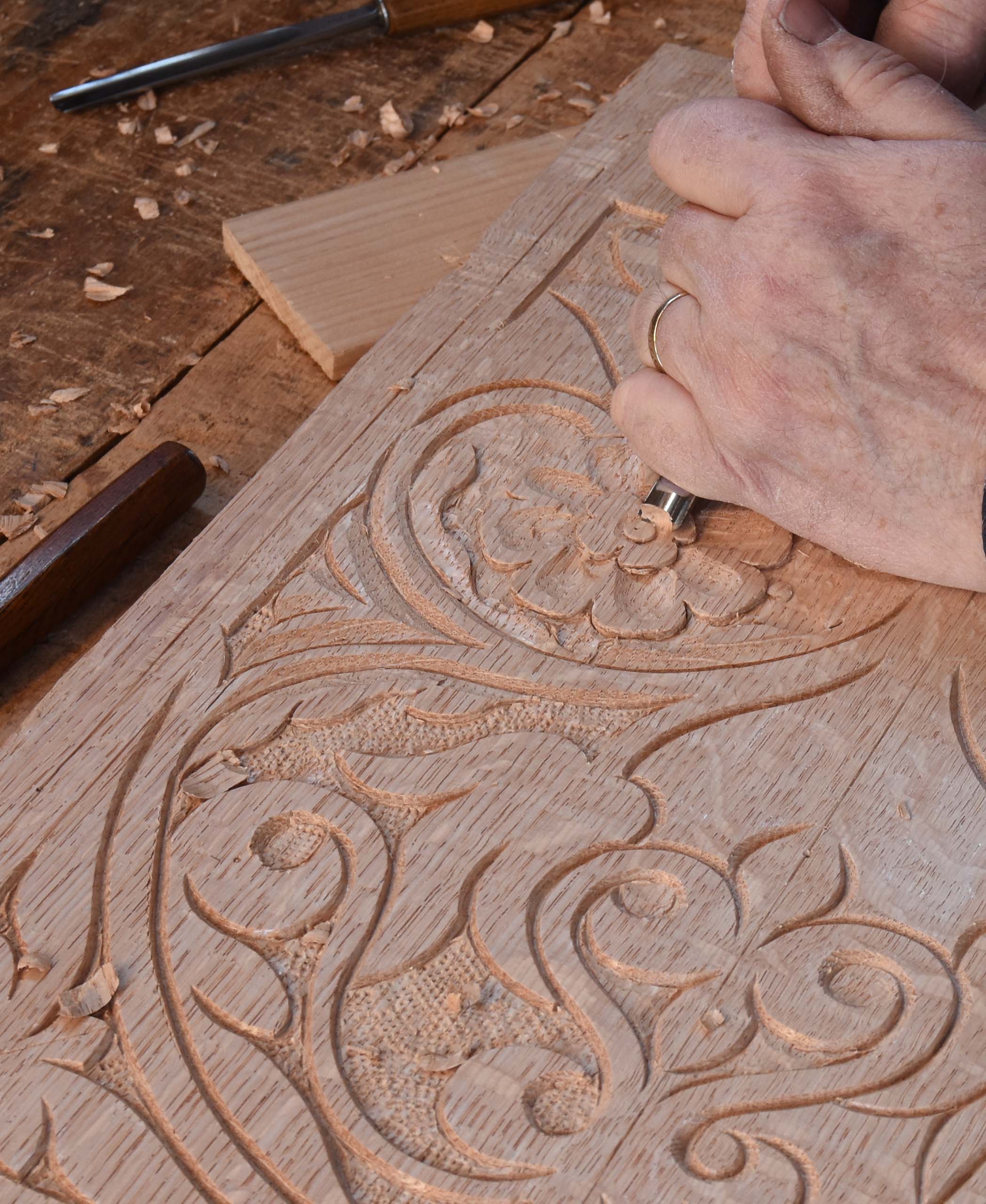 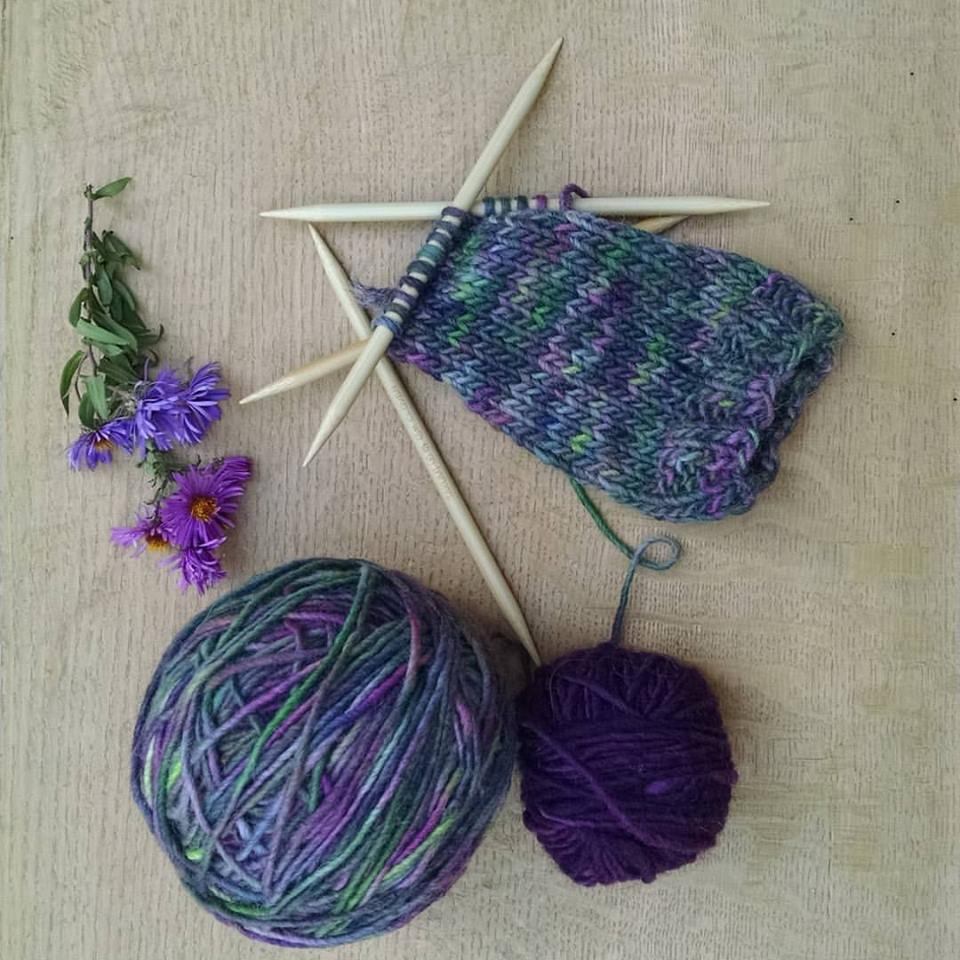 Join 2,784 other followers
I've been writing this blog since 2008. It is about a few things; my specialty in reproductions of 17th-century oak furniture, the use of hand woodworking tools, carving wooden spoons & bowls – and other pursuits involving hardwoods “riven” or split from a log. I first began learning these techniques in 1978. The blog tells the whole story, just not in any logical order. Delve in, search around. Lots to see here. Thanks - PF All material © Peter Follansbee, 2008-2020