I’ve been carving spoons again lately, after a long hiatus. It came about mostly from shop-cleaning. I found some riven walnut; but not enough to make a joined stool. These are years old, as dry as a bone. Riven radially. To make spoons from them, I took a couple different steps than I do when using green wood. It’s a lot of pictures…

First thing I want to know with the walnut is about sapwood. As these blanks have aged, they’ve discolored and I don’t want to find out when the spoon is shaped that the sapwood is still there. So I hew a few stokes to expose some fresh color. This first one has a wide band of dull-grey/white sapwood. Reject.

This one’s better. Now I begin hewing a new surface and then tapering the width where the spoon’s handle will be.

Now I want to make the area where I’ll work the bowl of the spoon concave. I start with the hatchet coming into the blank at an angle. 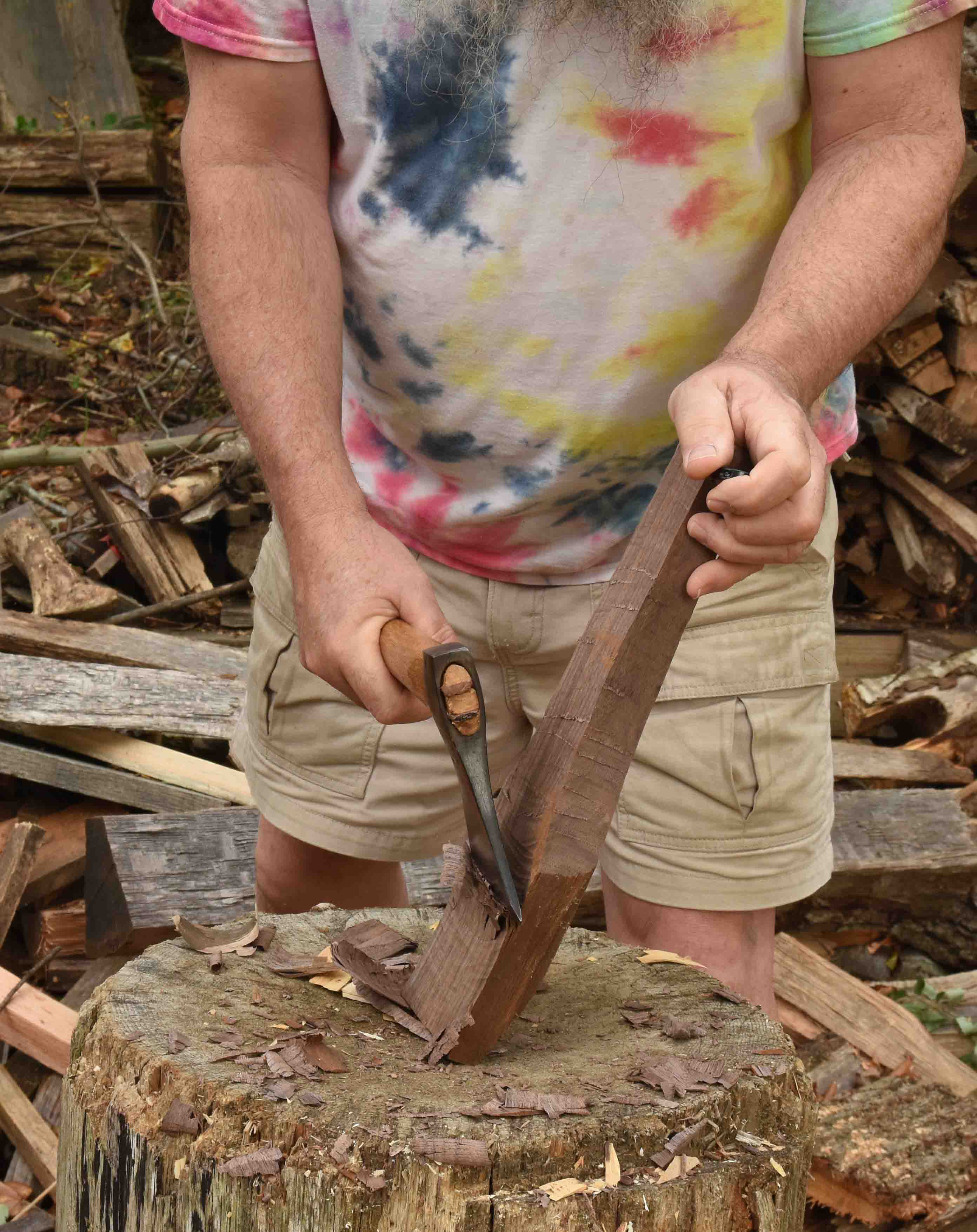 Then I pitch the hatchet’s poll toward the spoon, sort of a “flick of the wrist” action. This helps me hew a concavity here. I repeat these two steps until I get the shape I’m after.

Then I hew under the tip of the spoon’s bowl – just a bevel really.

Then under the handle, so far nothing terribly different from when I carve a similar spoon from green wood. 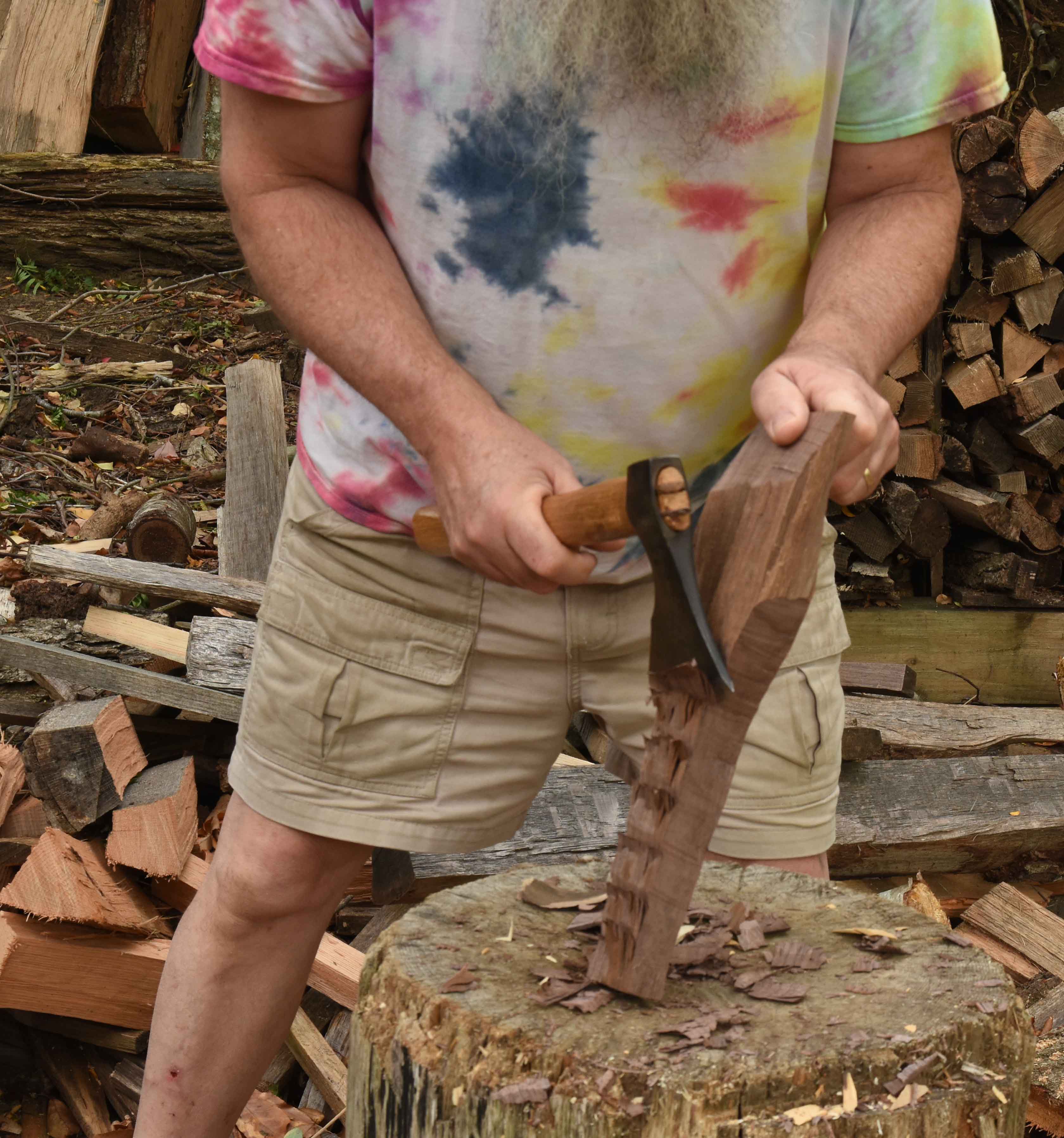 Now it does change, however. Here’s the blank’s general shape.

I sketch the shape I think I want, then put the piece in the vise to hollow the bowl.

I use a #8 bent gouge about 1 1/4″ wide, and a mallet to hollow across the bowl. I’ve left the edges of the blank pretty square at this point, so I can grab it in the vise. To begin, the gouge’s handle is upright… 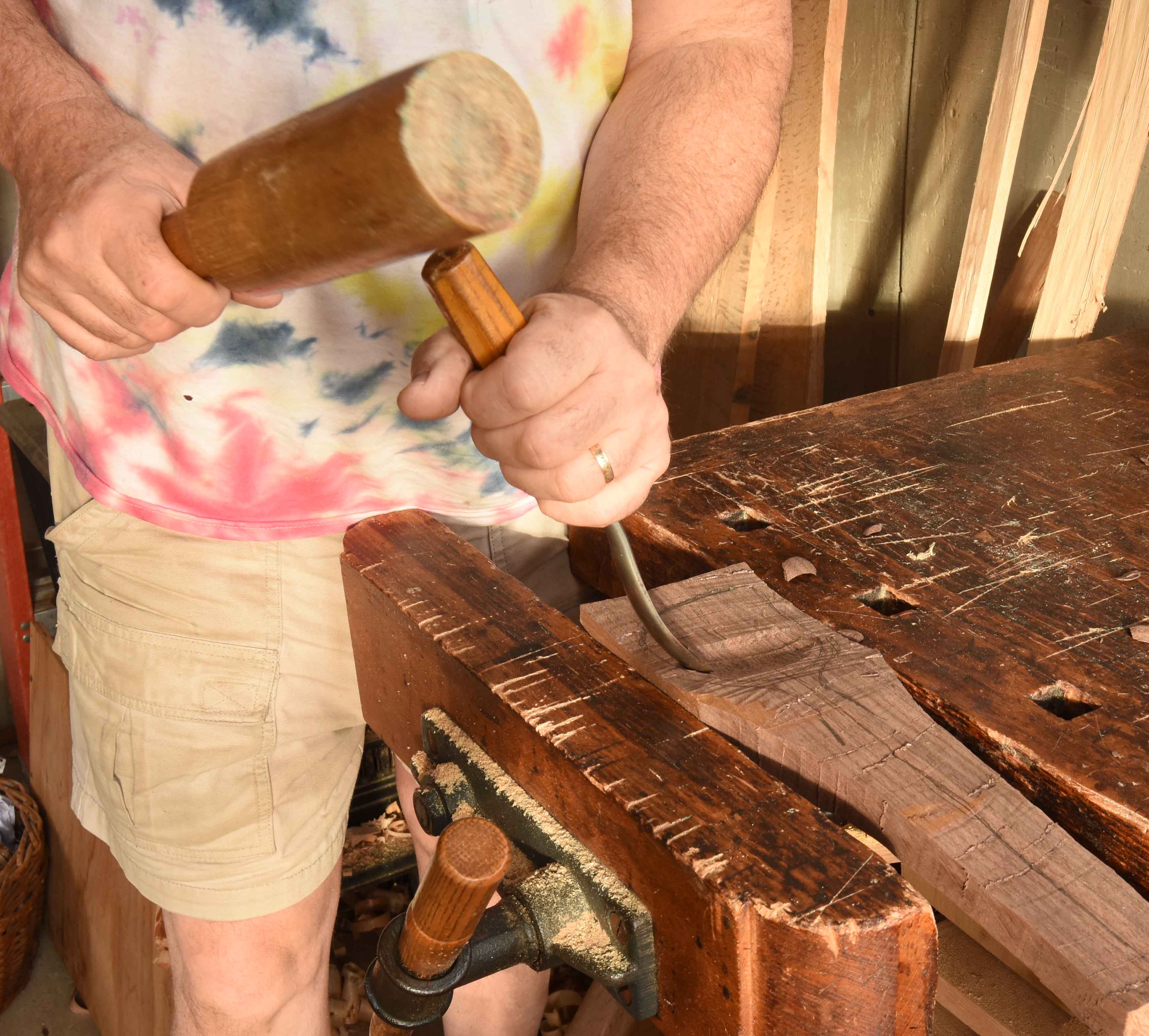 Then as I come across the bowl, I lower the handle to bring the edge out of the cut at the other side.

Then what I have referred to as the “chicken” maneuver – sawing the shoulders. Hewing this material away in dry wood is a chore, so I skip it.

Back to the chopping block. The sawcuts allow pretty easy work of chopping out that reversing fiber-area – toward the bowl first.

Away from it second. 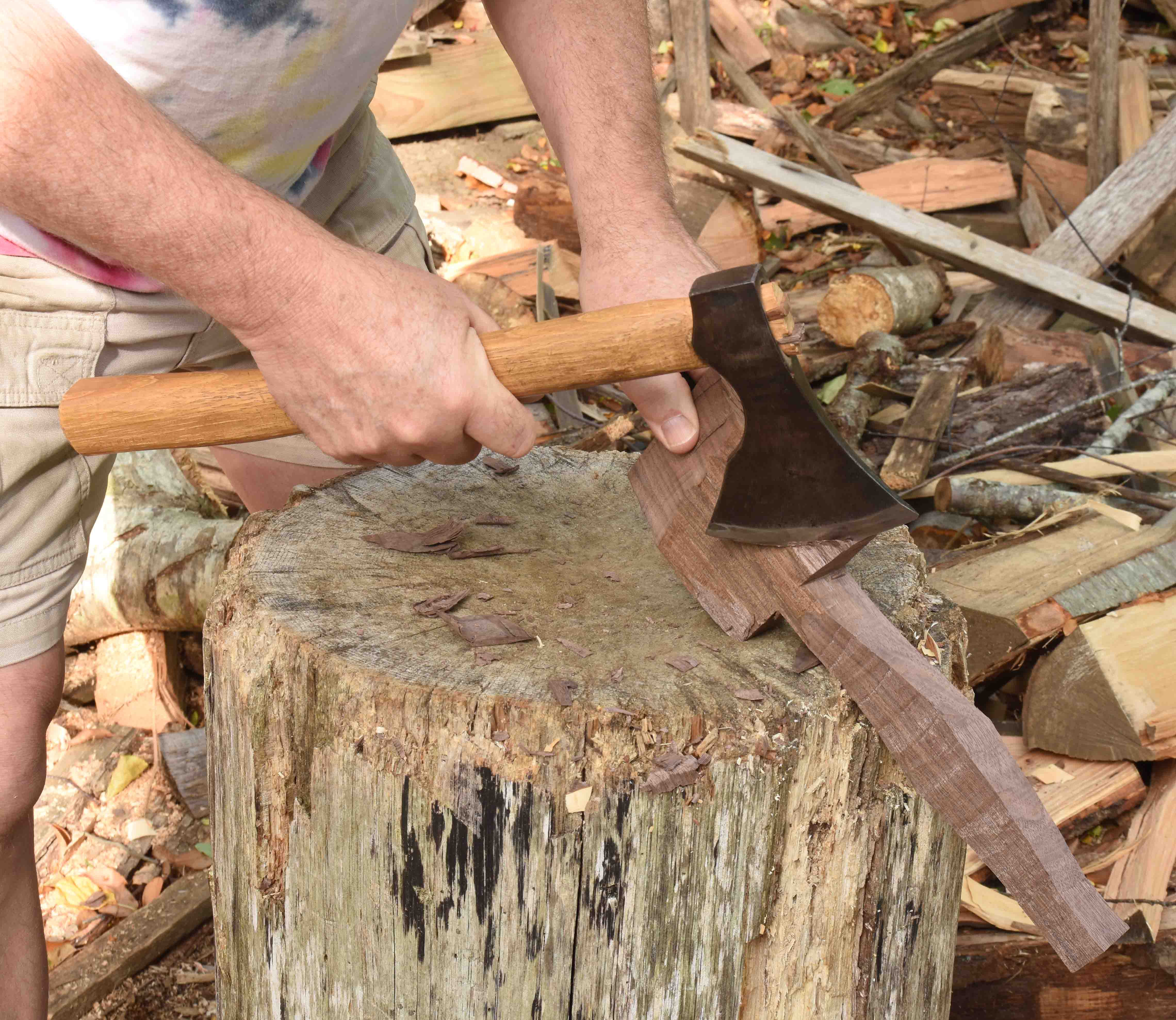 None of this is revolutionary or anything – all this is perfectly valid regardless of the moisture content. One more departure from my “normal” technique though is the shaving horse. It’s a step that’s now inserted between the hatchet work and the knife work. I think Tim Manney was the first person I saw using a shaving horse & drawknife to make spoons – he & Curtis Buchanan use them with steam-bent blanks. Curtis just did a co-teaching gig on it with Elia Bizzarri http://handtoolwoodworking.com/spoon-carving-videos-with-curtis-buchanan/

I start with the bevel down, hollowing the curve in the back of the handle. Holding the blank gently in the shaving horse…

Now bevel up to fair out the shape on the underside of the bowl.

Using it as a push-knife to work the rounded back of the bowl.

After all this, I just proceed as usual with slojd knives and hollowing knives to finish the spoon.