I shot some photos as I painted the table frame last weekend. Above is a detail of the squiggles; these are based on a table at the Metropolitan Museum of Art in New York; but squiggle painting appears on several pieces of furniture from late in the 17th century. First, I had to alter a brush to make a series of parallel stripes. I just snipped some of the bristles with a tiny pair of scissors. The brush below turned out to be no good, the bristles were too soft, so blended into a solid black line instead of a sequence of lines. But this is the idea. The brush is sitting on a photo showing a detail from the Met’s table.

This time I mixed the dry pigment in thinned hide glue. I needed to keep it warm, if the glue cools it gets too thick to paint with. I ended up with the glue/water/pigment mixture in a small glass jar sitting in dish of very hot water. Worked fine that way.

It’s a bit daunting painting this stuff – to look right, it needs a pretty free-hand flair. But it’s scary trying to just wing those curvy lines across all that blank oak. Below you can see the brush I switched to – it’s stiffer so does the trick better. I found I was getting about three passes with each charge of the brush. If I kept going past that point, the paint started to look too thin, instead of a bold vivid black.

The first side of the table was easy, but soon I needed to prop it up so I could get at it, without laying the freshly-painted surface on the floor. I found I could just lean it against the bench and carry on. By the time I was half-done I had the confidence to just paint quickly and freely.

This paint dries very quickly, but I still left it another day before working on it again. Then I installed the top. I set the top in place, adjusted it until I had the overhang the way I wanted it (just-about-even on every side in this case) and then clamped it in place. Then I cut strips of matboard to the same width as the overhang, and laid them on top of the table. This showed me where the stile/frame is. Then I could eyeball boring the holes for the pegs that fasten the top in place. There was too much sun to get a good picture; but you can see the matboard here. The cleats on the ends have not been trimmed yet. 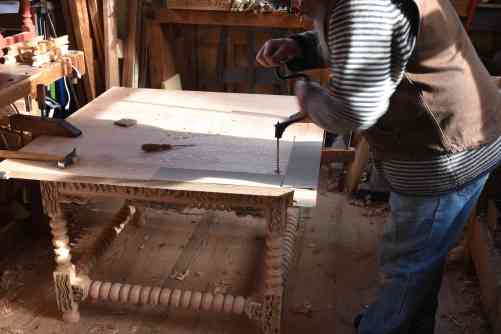 I pegged into each stile, and also one peg in each rail. So eight altogether. With a quartesawn top, I don’t expect much movement, and none of consequence.

I moved the lathe out of the way, so I could shoot this table (& build the bedstead that’s next up for completion).

Here’s the table and two joined stools that Daniel & I delivered to Cutchogue, Long Island yesterday. These are part of a series of things I’m making for the Old House there. The stools are based on a Long Island example in a private collection. Straight in all views – no canted or raked angles on these stools. Unusual that way. 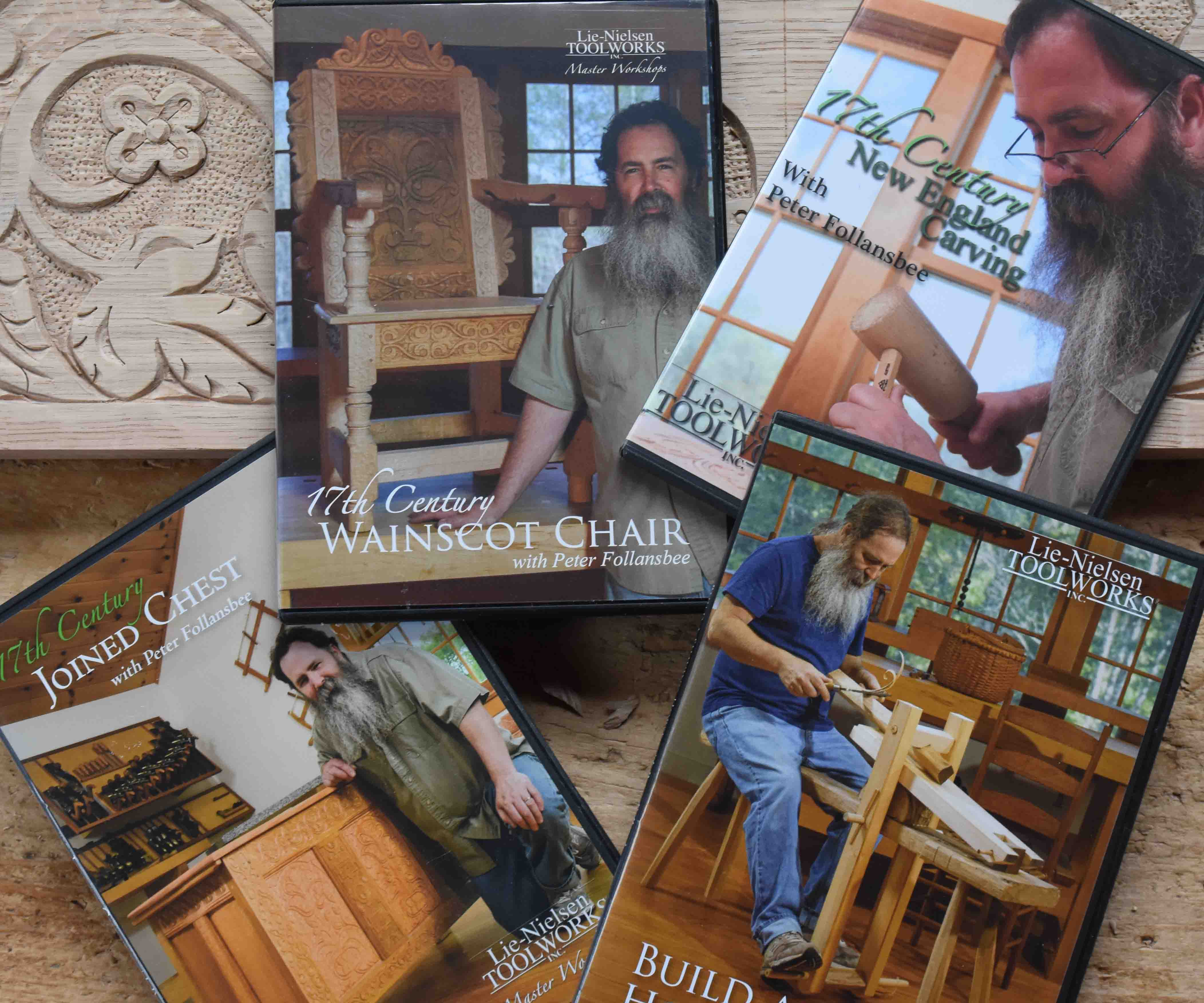