No matter how busy I am, when the right log comes along, I try to hop on it. Our friend John Scags had a great red oak that I knew would not be there in 4 weeks when I get back from my trip. So even though I’m too busy to think straight, I took the time today to split open this log. I had John crosscut a couple sections; one five feet long, the other 3 1/2 feet. I even got some stuff from the “butt swell” that I had planned on discarding.

This oak split open so nicely; it was a treat. Very slow-growth too. That represents a diminished strength; but for my joined work it’s fine. The stuff is overbuilt anyway. For the JA-style ladderback chairs, it’s probably not the best choice, but will work…

In this first photo, I’m working on the top end of the 10-foot log. This section was trimmed to just under 4 feet. It opened with two wedges, and barely any muscle. There’s some lousy stuff right near the pith, but the straight wood out near the bark is perfect. Flat, straight and easy to split.

These quarters are split, just with some fibers hanging on. I went in with a short axe and snipped them open.

The main section was five clear feet, just above the flared bottom of the log. I bit more trouble inside, but nothing too difficult. Here I am using one of the heart sections busted off the top bits to pry it open after splitting.

I tried to shoot some video with the new camera. It seems mostly to be me fumbling around and dropping stuff. But I do get the wood opened too. It wasn’t as windy as it sounds, the Nikon has a setting I need to go in & adjust to cut out all that noise…

Last offerings from the book collection of John/Jennie Alexander – and one set from my own collection. Also two large wooden screws for making a leg vise. Leave a comment if you’d like to buy any, first come, first served.

This is the first time John Alexander & I wrote for this journal, our article about the joiners from 17th-century Braintree, Massachusetts. 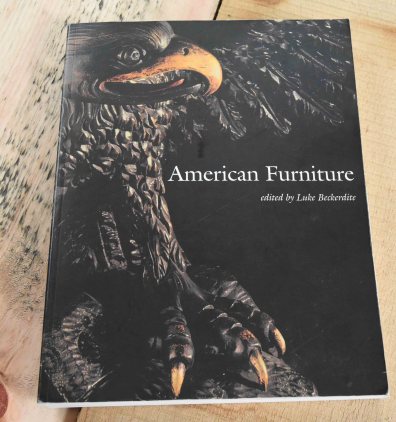 This one features JA again, with Bob Trent on the board-seated turned chairs from Plymouth, Boston and elsewhere, plus many of the English and Dutch antecedents.

a garish photo of mine, but Gavin Ashworth’s photos in the journal are great…this is 2 of the Plymouth chairs. 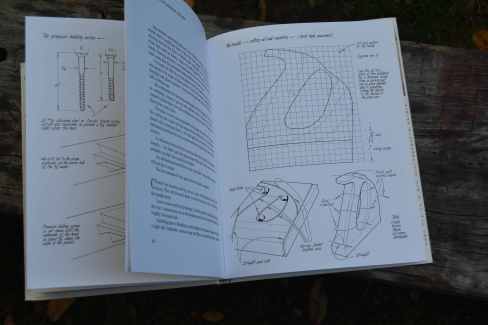 Two Hundred Years of Chairs and Chairmaking, exhibition of Chairs from the Chester Country Historical Society

$60 including shipping in US. 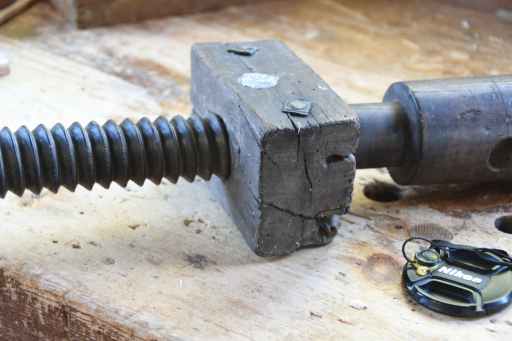 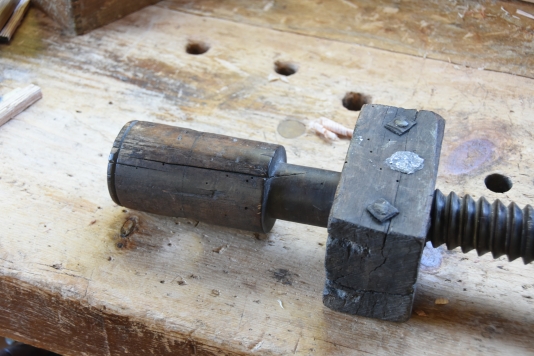 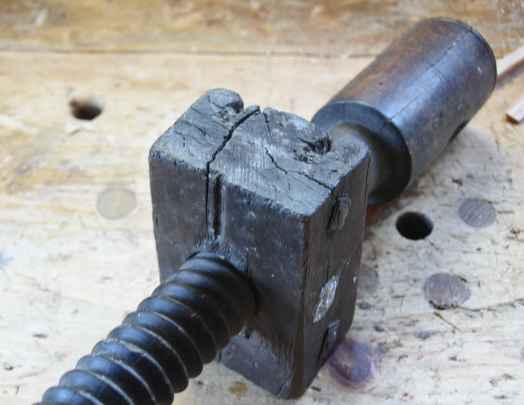 $60 including shipping in US. 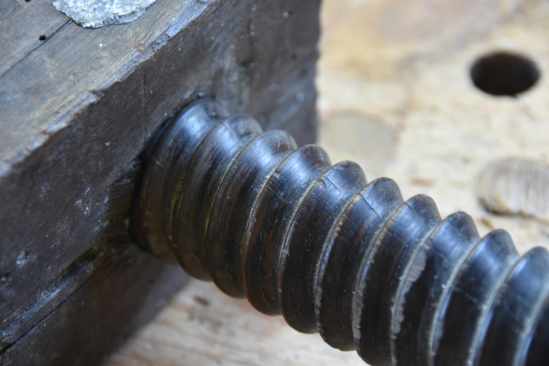 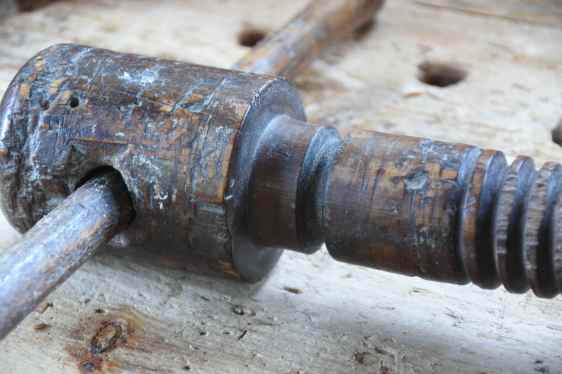 Records of the Carpenters Company, vols 1-4;

$450 including shipping in US.

This next set of books is mine, not Alexander’s. I made two trips to London in 2004 & 2005 to research in the Guildhall Library there. The subject I was looking into was joiners in London who might have emigrated to New England in the early 17th century. One of the resources I used was the records of the Carpenters Company of London. (I studied the joiners too – it’s a long story.) I found out the Carpenters’ Company Records were published in the early 20th century, and began searching for, and collecting, those books. They’re pretty rare volumes; each of these four is from a printing of 250 copies. I don’t do much historical research like that any more, and was never able to complete the whole set…so if someone is interested, I’m offering the set for $450 including insured shipping in the US.

The records include apprenticeship bindings, expenditures from the Company for various things; feasts, dinners, repairs to the Hall; fines to members for various violations – wearing a leather apron in the Hall, keeping an apprentice longer than his term, etc. Most are in English, a few series are in a quasi-Latin/English blend. They’re published by Oxford University Press. They’re all in good shape, given their age. Some browning/foxing, nothing torn or broken. 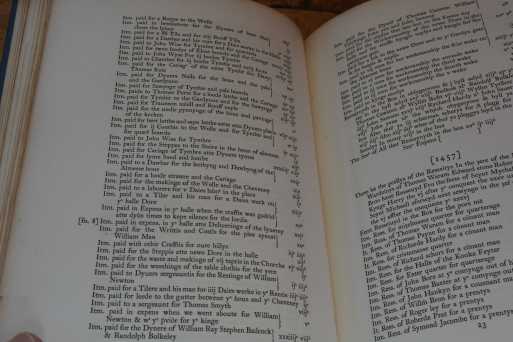 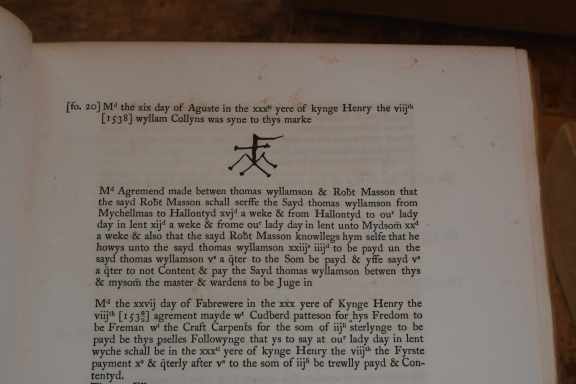 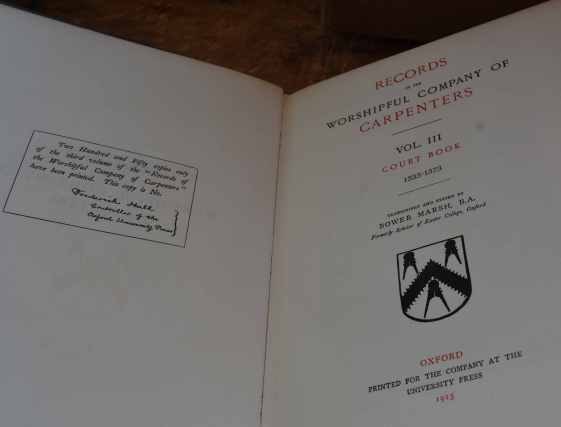 My favorite spoons to carve are those from limbs/trunks/branches that have a sweep, or curve or “crook” in them. It makes splitting the blank more difficult, but makes carving the spoon easier and more interesting than straight-grained stock. To me, anyway. I should be doing a zillion other things right about now, but I had to make the spoons that were in this yellow birch (Betula alleghaniensis).

It took a bit of wrangling to get it to split. Some froe work, some hatchet work. Got the three blanks I expected.

Then carving it was a breeze. I often carve spoons while standing at the bench, I feel like if I sit down, I’ll never get back to work. So this seems like it’s just a short interlude…

The piece I’m carving in the photo below here is about the only time I carve the bowl of a spoon into the middle part of the split. I always carve the bowl into the bark side. Unless I get a crook that has 2 spoons in it – one above & one below the pith. As in this case…

Those “below the pith” spoons have their outside bowl shape ready-made, it’s the one on the right here:

I often use a leftie hook (a Hans Karlsson one in this case) to scoop out the rear section of the bowl. I want to get this steep & deep..

Here’s the 2 main spoons from that crook, as they were in the stick.

This little one was from the single crook after the wild bend. 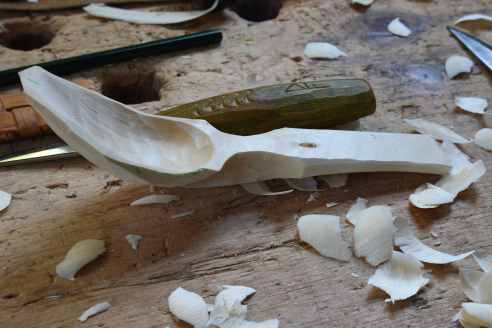 Here’s 5 crooks I’ve roughed out, warming up for SpoonJam! http://www.spoonsmith.com.au/spoon-jam.html

The other procrastination crafty bit I did this week was wrapping the bands around the top and bottom of this canister I started in Jarrod Dahl’s Plymouth CRAFT class a while back. I had two bands to work with, and botched them. Jarrod & Jazmin were kind enough to send me some bark to finish it off. Just needs a handle now.

I jumped the gun back here a month or two ago, but recently Plymouth CRAFT announced that there will be no Greenwood Fest in 2019. (to read CRAFT’s notice, here’s the link. It includes a nice video put together by Ben Strano of Fine Woodworking. Thanks to Ben & FWW for that)

We love having that event, and will miss seeing everyone together next spring. Our goal is to bring it back in 2020, and we’ll keep you posted about that as things evolve.  Meanwhile we’re planning more workshops than “usual” because we have some time on our hands. Well, in theory we have time on our hands. Paula & I compared notes the other day, and neither of us will see  a break for over a month, if then… 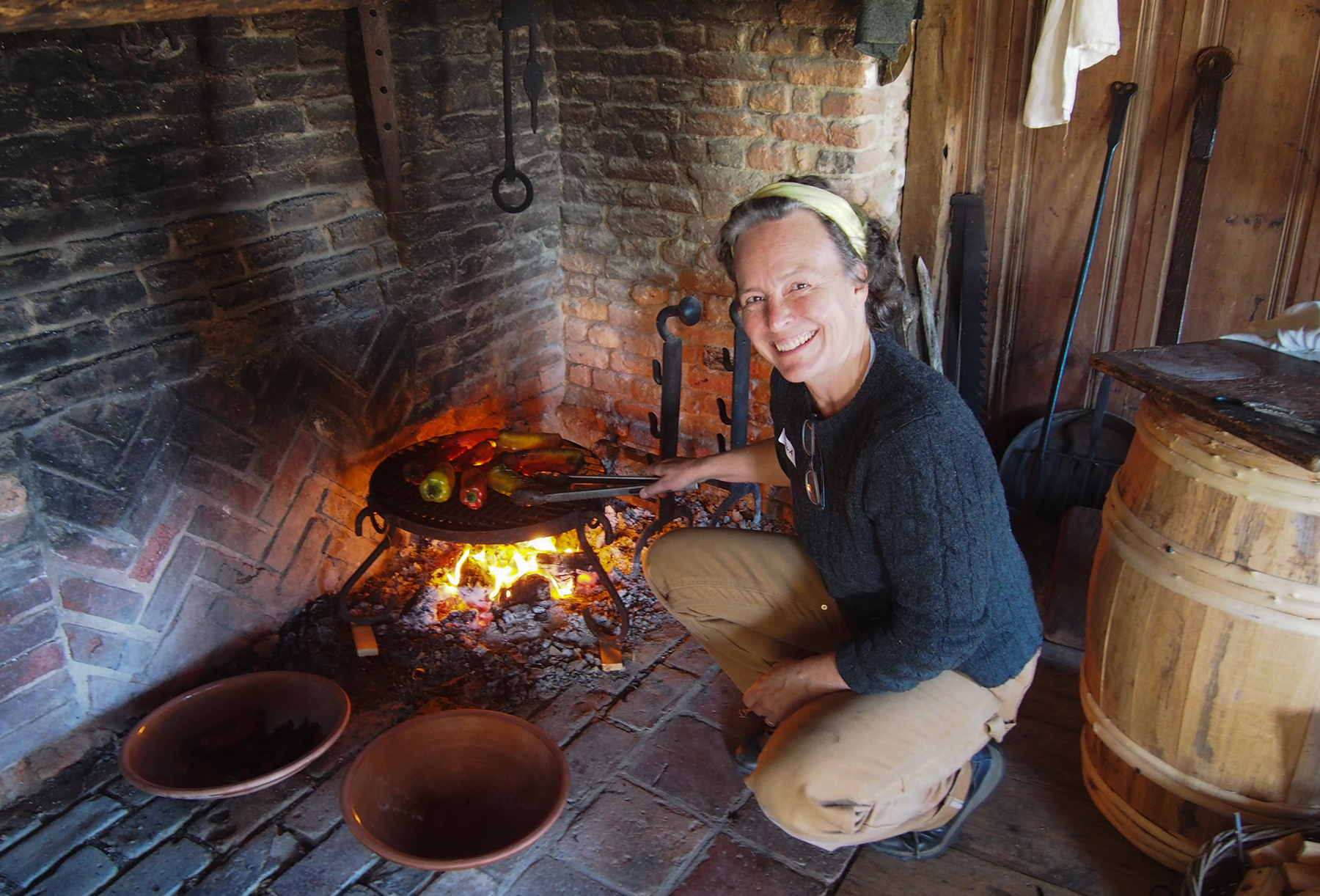 There will be more to come. A couple of thoughts – don’t fill your June calendar yet. And, among the planned offerings for next year, we’re thinking of taking on a longer-than-usual class for us, a 5-or-6 day workshop in making the JA chair. (that’s not in June, just so you know…) 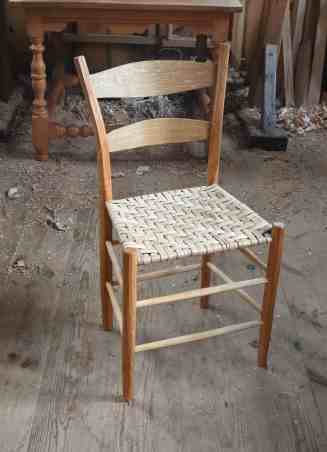 But before we can plan that, I have a trip to Australia to prepare for…