I’ve been working….prepping stock for some chests, a chair or two and some stools.

here’s a panel for an upcoming joined chest. I usually think of this as a vase or pot full of flowers & foliage. Nowadays some see faces in it. A similar panel was in the wainscot chair I posted a few days ago.

Here’s the beginning of one that I copied just from a poor photograph. So I made a lot of the detail up. Used gouges & chisels to outline, instead of a V-tool. It requires several consecutive thoughts to establish the pattern in the middle. You can make your mistakes out where the leaves are… 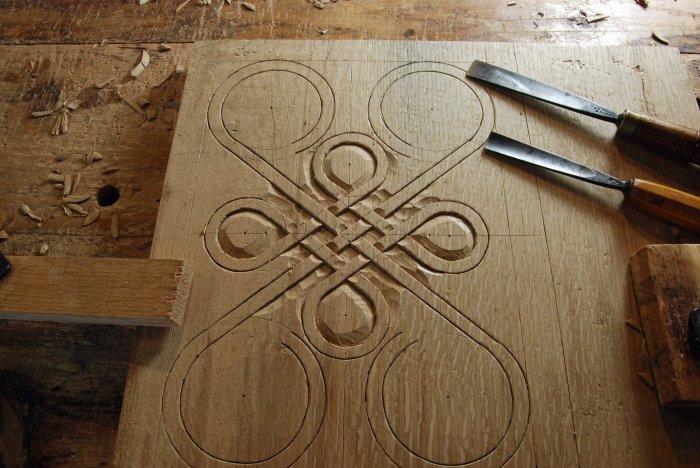 Here’s the finished panel. Mostly, might add some details around the edges.

Probably you saw the update from Jogge about the Wille film. Thanks to all who chimed in… http://www.kickstarter.com/projects/761142325/the-spoon-the-bowl-and-the-knife-craftsman-wille-s/posts/500426?ref=email&show_token=b2ed6e52d7f7db05

14 thoughts on “I’m getting there”